Choose a Location To Book An Appointment

Glaucoma is a disease that destroys the optic nerve; the connection between our eyes and the brain. It occurs in about 9% of the population over 70 but can occur at any age but most commonly after the age of 50.

The exact causes of glaucoma are not known. It is believed to be caused by having too high a pressure inside the eye which damages the optic nerve producing a loss of peripheral vision primarily before affecting the central vision as it progresses to blindness. In some cases the drainage network of the eye may not be formed properly, or may become blocked by natural materials or due to injury; in other cases there is no clear cause for the increased pressure. Having said this, glaucoma can also be seen where the pressures are within a normal range.

How do I know if I have glaucoma?

As glaucoma primarily affects our peripheral vision in its early stages and no pain accompanies this loss, most people are unaware that they have it and it will not be detected without an eye examination. 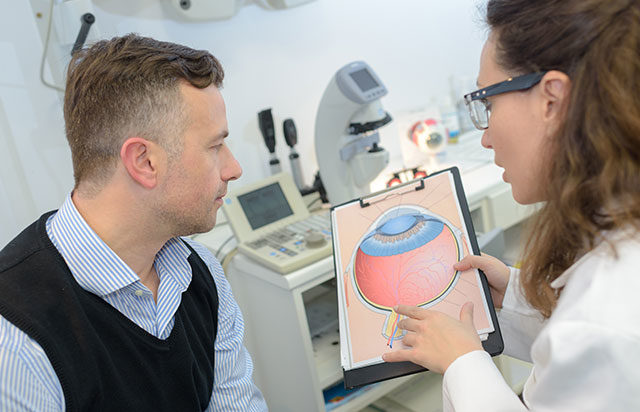 Can glaucoma be prevented or treated?

No, glaucoma cannot be prevented. Although vision lost through glaucoma is not reversible, treatment is available and people seldom go blind to this disease nowadays. The most important cog in battling glaucoma is early detection and so it is recommended everyone be tested at least every two years if not sooner if there is a family history of glaucoma. The earlier the detection of the disease the better the prognosis will be for saving vision.

Have you had your eyes checked lately?
Book Now
See The
Difference
Copyright © 2021 MyOptometrist | All Rights Reserved. | Digital Agency - Supple